Politicians and sex scandals are nothing new. It seems more common than not to hear of the latest scandal involving a politician engaging in sex prostitututes, sexual harassment, or infidelity. The question becomes, what drives any person whether they are politicians or not to engage in risky sexual behavior?

First of all, power increases infidelity – you can see this behavior in politicians, celebrities, and CEOs of major companies. With power comes an increase in confidence, assertiveness and impulsiveness. Confident people in power are more self-assured and more likely to engage in risky behavior despite negative consequences. When a person is in a position of power there is distance between one’s partner – and less psychological closeness. This decreases sensitivity to risky behavior.
We know that infidelity is not rare and one of the biggest threats to modern marriage. It is estimated that 60% of individuals will be unfaithful at some point in their relationship. The rise of the Internet has increased cybersexual behaviors and interpersonal cyber dynamics – due to accessibility, anonymity, affordability, interactivity, secrecy and perceived safety.

Could any of these behaviors be classified as an addiction?

We need to be clear on what we define as addiction and that of infidelity. There is specific criteria for sexual addiction. Including a measure of distress caused by the sexual behavior and acting out that interferes with the individual’s day-to-day function. There are collateral indicators for sexual compulsivity including:

Sexual addicts are compulsive and display poor impulse control. They use sex over and over again to numb inner pain and/or a sense of emptiness. They are compulsively attracted to the high and anxiety release of an orgasm. But the release comes with a price – feelings of shame and worthlessness.

What is going through their minds that even after being caught, they are continuing the behavior?

Marital infidelity of high profile people has been dealt with publicly for so long it is more common than not. It is a recurrent element in our culture – in everything from art, literature, music and public life. Infidelity is neither rare nor new and is accepted in many non-Western cultures. Monogamy is rare in the animal kingdom and throughout human evolution.

Why do politicians think they can get away with it?

Most politicians have frequent business trips and social events. Evolutionary theory states that a man’s level of attractiveness to a woman increases with his level of power. It has been part of political culture since the beginning of politics to engage in any behavior with no consequences. These men identify power and privilege with sexual excitement.

Most marriages survive infidelity. It can actually strengthen a marriage if the couple seeks treatment and addresses the core issues of the betrayal. Society gives lip service to monogamy, but actually supports affairs through role-models, advertisements, TV, news media and movies. No marriage is immune to affairs. There are 1 in 3 couples – an estimated 20 million couples will be impacted by infidelity. Many people who report being happy in a marriage commit adultery. It is also reported that 56% of men that were involved in affairs reported that their marriages were happy.

Infidelity is a choice. No one is forced to be unfaithful to a spouse.

It Doesn't Hurt to Flirt 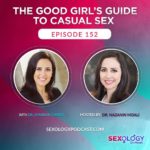